This week there was exciting news on the campaign front. I have already launched my re-election campaign and just this week we secured two campaign offices, one in Mt. Vernon and the other in Carbondale. My campaign supporters will be going door to door to spread my message of traditional family values, fiscal responsibility, and standing up for your Constitutional rights. I am so humbled by the support that you have shown my campaigns in the past few years and I look forward to seeing you in your town very soon.

I take every campaign seriously, and I pledge to you that I will work hard to earn your vote once again in the upcoming November General Election!

TAKE THE PLEDGE - The Peoples' Pledge!
As you may know, I am strongly in favor of term limits, and I have fought against Mike Madigan and the Chicago-led progressive liberal agenda in Springfield. I have supported multiple pieces of legislation since taking office that would establish term limits for all legislators and constitutionally officers in the State of Illinois. 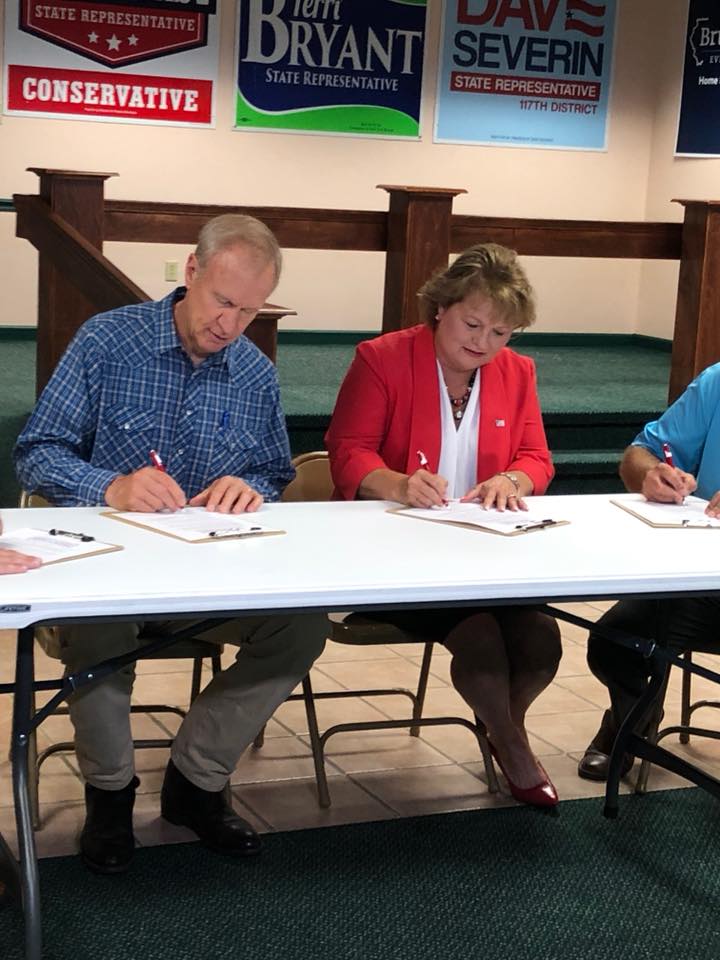 Yesterday I joined Governor Rauner and Representative Dave Severin, and two Republican candidates for the Illinois House in signing a pledge to the people of the State of Illinois. Here's my promise to you: 1. I have never, and will never vote for Mike Madigan for Speaker of the House. 2. I support Term Limits to stop career politicians and I will vote to put term limits on the ball for the people to decide. 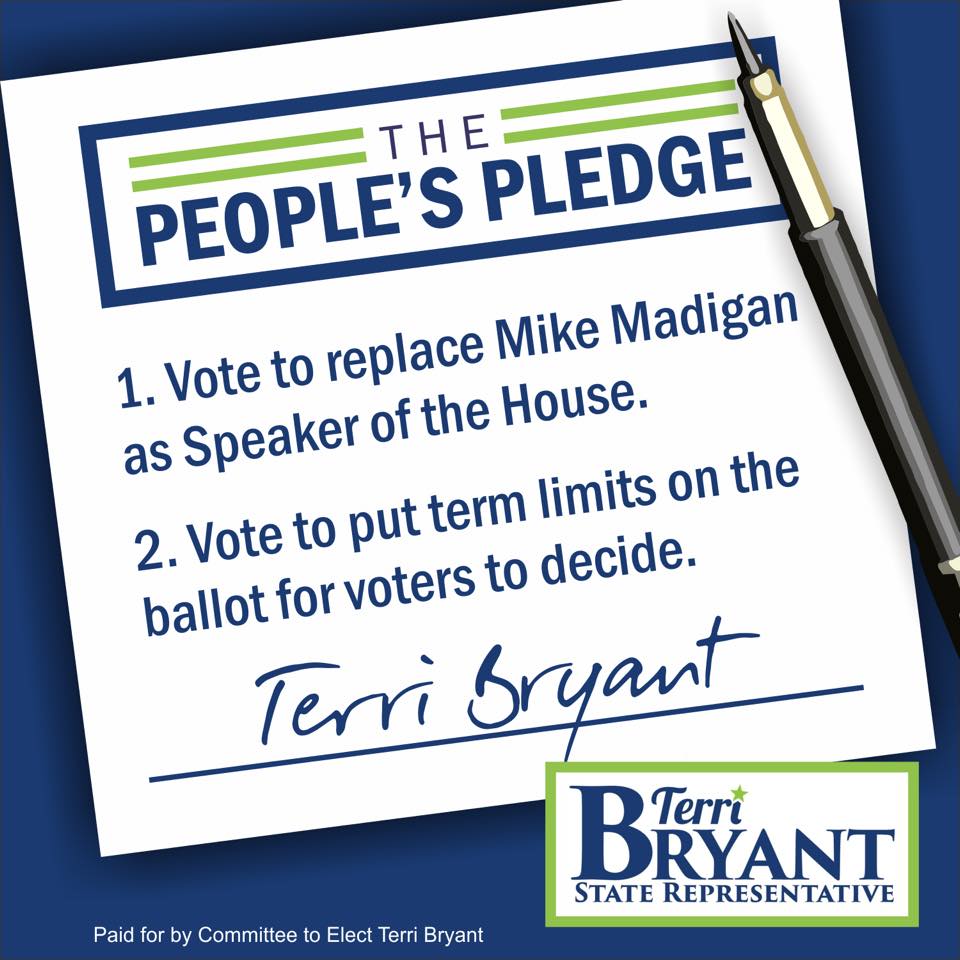