SPRINGFIELD - State Senator Terri Bryant has been named to the Senate's Higher Education in Prison Task force by Senate Republican Leader Dan McConchie. Senator Bryant says she is looking forward to getting to work to improve efficiency for taxpayers and improve educational opportunities to help reduce recidivism.

"I am thankful to Leader McConchie for the confidence he has shown in me by appointing me to this important task force," Bryant said. "I will be working with my fellow Senators and officials within the Department of Corrections to improve access to higher education opportunities to reduce recidivism while keeping a watchful eye out for ways to improve efficiency in the system to benefit taxpayers."

Senator Bryant was appointed to the task force on February 9, 2022.

State Senator Terri Bryant is a candidate for re-election in Illinois' newly drawn 58th State Senate district. Terri needs your help circulating petitions to get her name on the ballot for the June 28, 2022 Primary and General Elections! 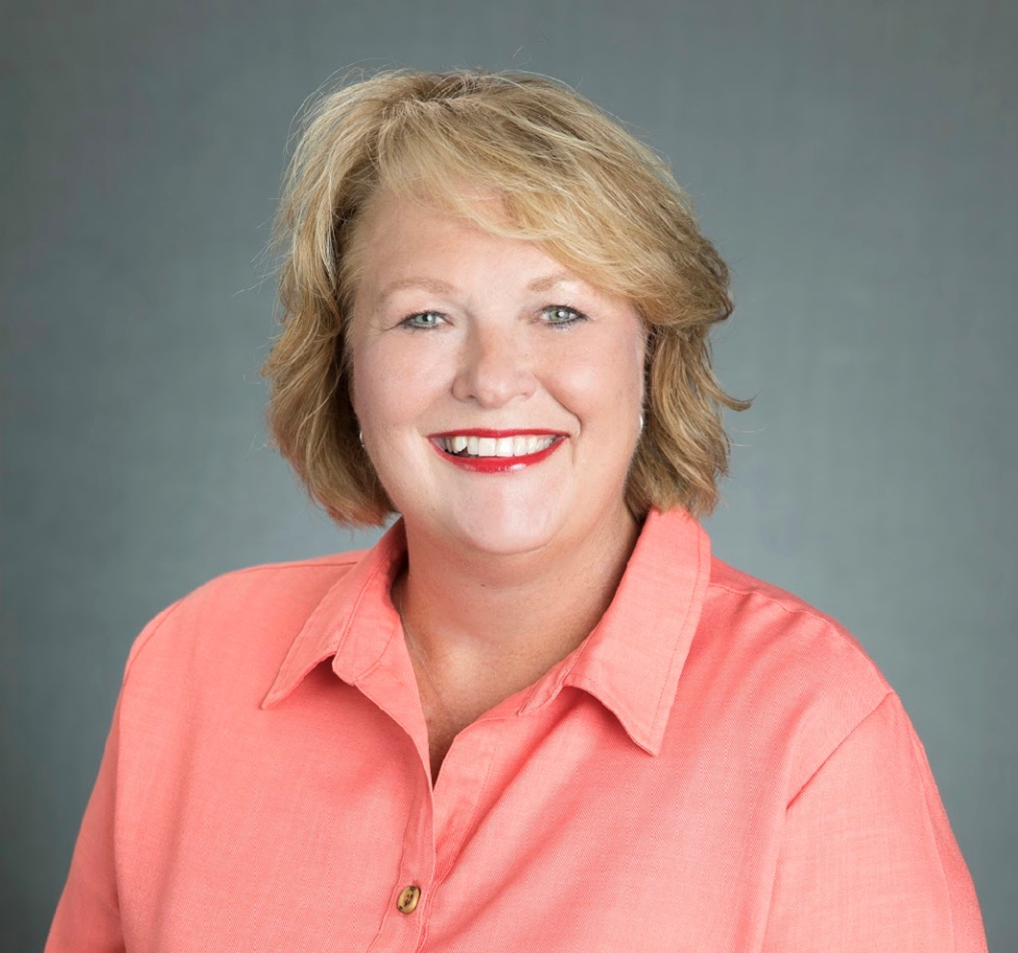 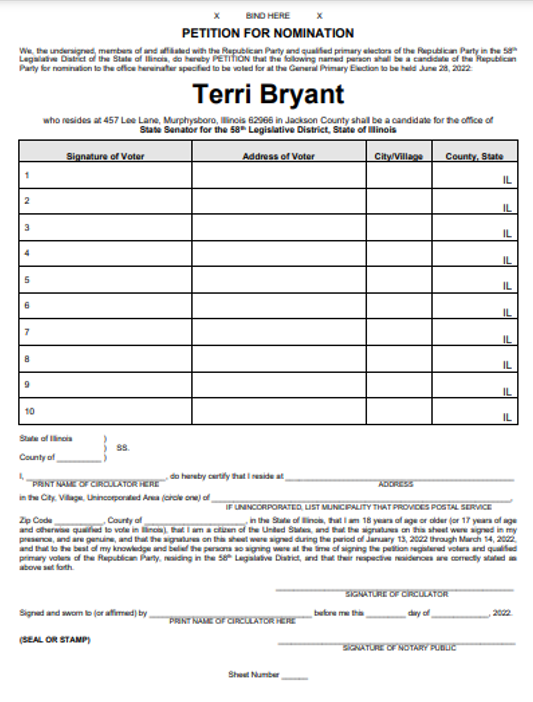 The new 58th district is made up of communities in 14 counties throughout south-central, southwestern, and southeastern Illinois. Click on the picture of the nominating petition below to download and print the petition to put Terri Bryant on the ballot to be your 58th District State Senator! 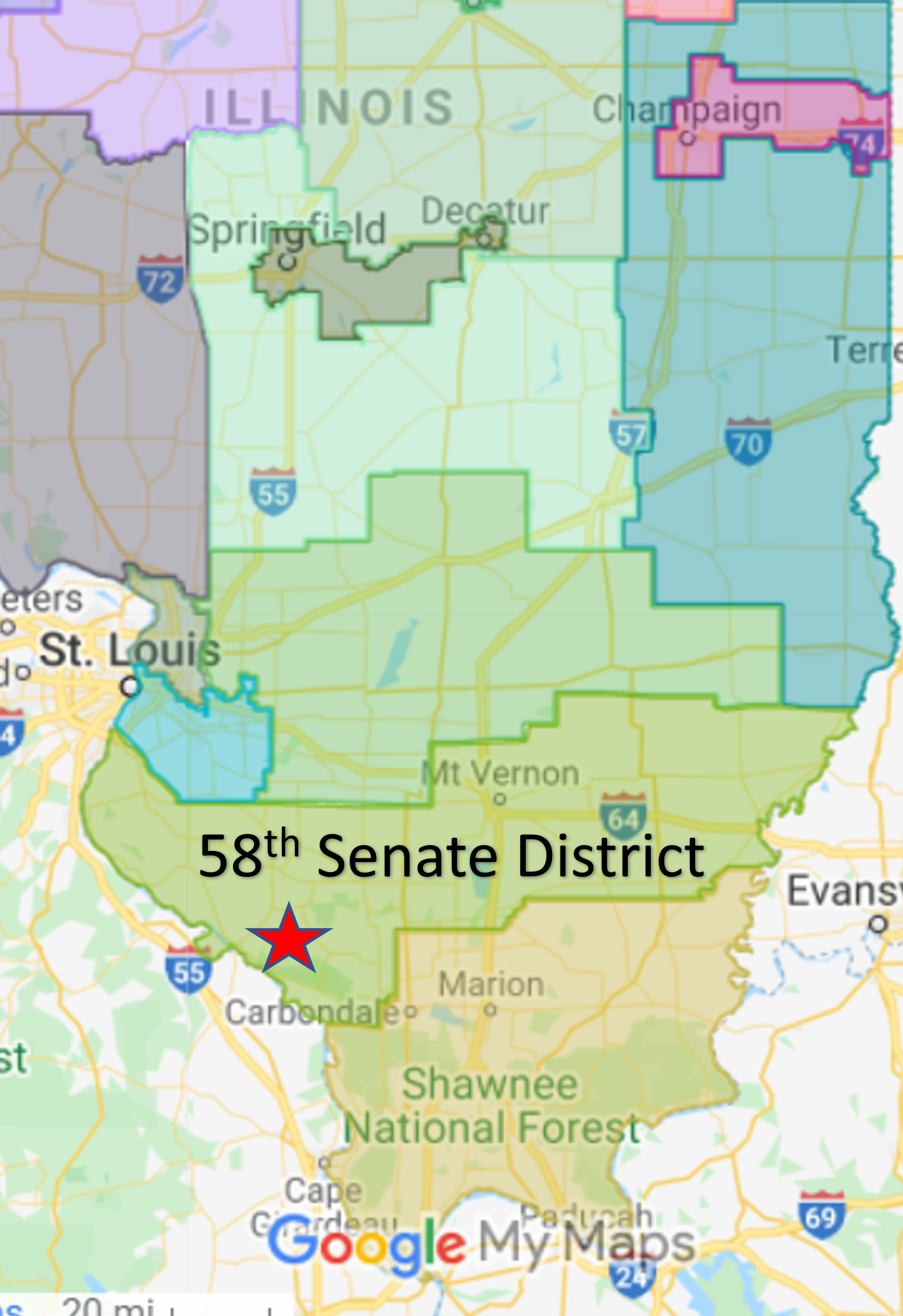 Posted by Bryant for Illinois · September 20, 2021 8:05 PM
Murphysboro….58th District State Senator and Murphysboro native Terri Bryant will be a candidate for re-election for Illinois' 58th district State Senate seat that will see new boundaries established starting in January 2023. Though some of the new legislative boundary lines may still change upon the resolution of pending legal challenges, Bryant says she is confident she is best positioned to serve the people of Southern Illinois in the Illinois Senate.
“The people of the 58th district deserve a Senator with a strong conservative record,” Bryant said.

“My record as State Senator reflects my pro-growth, pro-jobs, limited government philosophy. I’ve stood strong against what I think are executive overreaches and I’ve taken JB Pritzker to task for his failed handling of the COVID-19 pandemic. The Governor closed businesses, kicked people out of their jobs, and then horribly botched the distribution of unemployment benefits, causing hardship throughout the State of Illinois. The Governor’s lack of engagement with the legislature in managing the COVID-19 pandemic amount to the actions of an out-of-control chief executive and people are sick of it.”

Bryant says she’s built the conservative voting record that best represents the views and values of the people of Southern Illinois.
“As your State Senator, I have vigorously opposed liberal-progressive efforts to expand taxpayer funding for abortions and fought against liberal-progressive politicians' overreaching gun control efforts. I have worked to meet with, speak to, and represent the interests of all of the people I represent. I know what the people of Southern Illinois need because I go and meet my constituents where they are. I am proud to do so!”

“No matter where I go, I hear from Southern Illinoisans that are weary and tired of corrupt Chicago politicians running our state into the ground,” Bryant said. “I’ve voted to enhance ethics reforms to stamp out corruption and fought against politicians giving themselves pay raises. I’ve been working hard to highlight the failures of JB Pritzker and his Democratic supermajorities in the House and Senate as they continue to pass laws that make Illinois stick out like a sore blue liberal-progressive thumb in the Midwest.”

MURPHYSBORO - 58th District State Senator announced she has been named to the Illinois Senate Republican Caucus' Campaign Finance Committee. Bryant, a first-term Senator, says she is excited for the challenge.
"First, I want to thank my fellow Republican Senators for the faith they showed in selecting me to help raise funds for Senate Republican candidates," Bryant said. "I'll be working closely with my fellow finance committee members to execute a robust fundraising plan to help candidates compete against JB Pritzker's billions and the Chicago Democrats' corrupt fundraising machine."
Bryant notes the Illinois State Senate is one of the most liberal legislative bodies in the country, as Democrats hold a supermajority.
"Democrats in Illinois have overstepped time and again, passing laws far outside the mainstream of public opinion," Bryant said. "I believe, in 2023, with the very unpopular JB Pritzker on the ballot, and Illinois Democrats' long-standing record of ignoring rampant corruption, Senate Republicans are poised to gain seats and reverse liberal policies keeps taxes high, drives out businesses, and poisons our institutions."
1 reaction Share

Murphysboro…..115th District State Representative and Murphysboro native Terri Bryant will announce Tuesday that she will seek the Republican nomination for the 58th district State Senate seat being vacated by retiring Senator Paul Schimpf.

“The people of Southern Illinois deserve a Senator with a strong conservative record,” Bryant said. “My record as State Representative goes like this: I have voted NO on Mike Madigan for Speaker of the House every time I've had the chance, I voted NO on the progressive income tax hike proposal, NO on unrestricted taxpayer funding for abortion at any stage of pregnancy, NO on overreaching gun control legislation, and NO on legalizing recreational cannabis.”

“I am so grateful for the support that I have received in the last 5 years from the people of the 115th House district. I am running to be 58th district Senator to fight against the liberal-progressive agenda being pushed on the people of Southern Illinois by corrupt Chicago politicians,” Bryant said. “As your next State Senator, I will work to stamp out corruption, reign in out of control spending, and defend our Constitutional rights.”

“The 58th Senate District has chosen their representation in Springfield very well,” Bryant said. “I am close personal friends and have been blessed to serve with Senator Schimpf and Senator Luechtefeld. The people of Southern Illinois have been well served by both of these fine gentlemen. As your next State Senator, I pledge to carry on their conservative legacy.”

Rep. Bryant has passed several significant pieces of legislation since her appointment to the 115th district seat as Congressman Mike Bost’s successor in January 2015. In her first full term as State Representative, Bryant was the chief sponsor of six bills that were signed into law. One of those, “Molly’s Law”, extended the statute of limitations for victims families to sue in cases of wrongful death.

“Working alongside Molly Young’s father, Larry, I authored and successfully passed legislation that extends the statute of limitations in cases of suspicious deaths,” Bryant said. “I work hard to make meaningful and direct connections with my constituents and to bring their ideas for legislation through the process in Springfield.”

During the spring 2019 legislative Session, Bryant voted no on several legislative initiatives that she says are too far to the left of the political scale.

“The people of Southern Illinois can be sure that I will continue to stand against the leftist-progressive transformation of our once great State of Illinois,” Bryant said. “I look forward to a spirited campaign and pledge to fight for our shared values as your next 58th district State Senator!”

Representative Bryant announced her candidacy during the Illinois Republican Party’s Barbecue on Tuesday, August 27th at the DuQuoin State Fair.